This year (2021) we celebrate 100 years of Abu Garcia. It was a hundred years ago where it all started near the Mörrum River, in Blekinge, Sweden. Having to make a choice of either continuing with making watches and taximeters, or to go into fishing reels; we are lucky that fishing reels was the chosen path. Here is wishing Abu Garcia a happy 100th Anniversary. Let us take a walk back in history.

The brand name Abu Garcia is synonymous to fishing. Almost every angler around the world including anglers here in Malaysia, especially those with vast and long experience in fishing knows Abu Garcia. Abu Garcia one of the oldest and most famous brands around the world have revolutionized fishing in many ways since the late 1930s.

Let us set off on a little journey, a journey of history into the world of Abu Garcia and get to know more about this great heritage of fishing.

In The Beginning, AB Urfabriken

The beginning of Abu is attributed to Carl August Borgström, the founder of Abu. He was a craftsman gifted in the field of finer mechanics and conscious of the importance of quality workmanship. He had earlier worked as an overseer in the Halda factory that manufactured clocks at Svängsta, which closed down in 1920.

Carl Borgström then gathered a little group of craftsman and started his new venture A B Urfabriken. A B Urfabriken began at a factory located near the Mörrum River, in Blekinge, Sweden in 1921. The company originally made clocks, watches, taximeters, and telephone timers, as all of its craftsmen were experienced in the manufacturing of clocks and similar precision instruments. 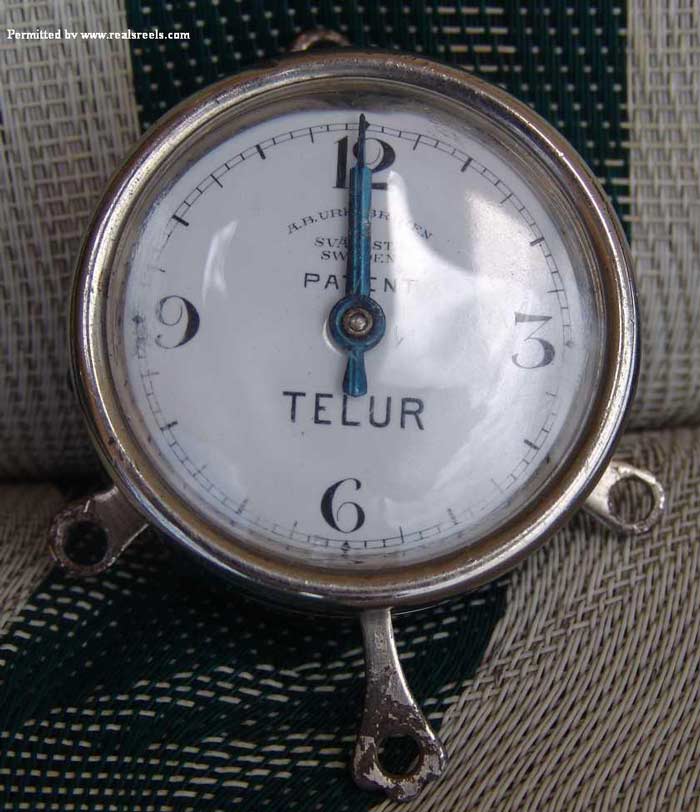 One of the clocks made by A B Urfabriken.

The first factory building took form of a small timber house, which had earlier served as an assembly hall for religious meetings. Carl Borgström passed away in 1934 leaving the reigns of the company to his son Göte Borgström that started out doing sales for the company.

In 1939, during the World War II, demand for watches, taximeters, and telephone timers became scarce. Göte Borgström had to choose between focusing on the products that the company sold currently or look for another product.

Being an enthusiastic angler, Göte Borgström saw brighter future in fishing. To our benefit he decided the fate of the company and focused on changing the way people fished and started developing fishing reels.

In 1941 AB Urfabriken debuted its first fishing reel, the Abu Record® that is till today a well known series amongst anglers worldwide. This was followed by the invention of the world famous Abu Ambassadeur® reels in 1952 by Ake Eugen Murvall, Production Manager and Chief Designer hired by Göte Borgström himself.

In 1965 another world famous reel series was debuted, the Abu Cardinal® spinning reel a legacy carried on till this very day. 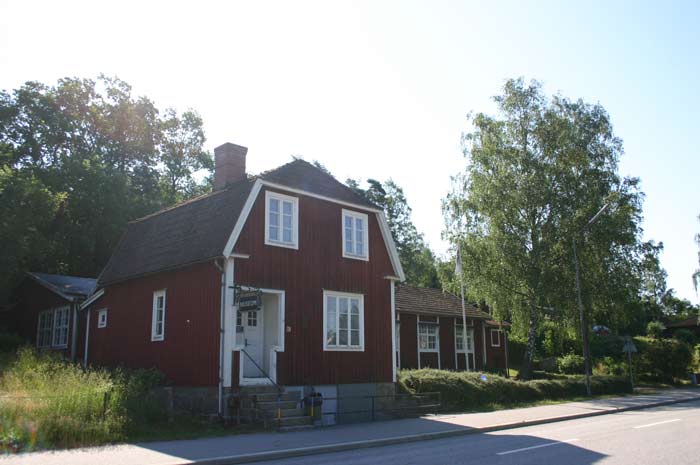 The Abu Garcia Museum in Sweden.

The Making Of Abu Garcia

The Garcia Corporation USA, formerly known as Charles Garcia & Company, New York, the largest sports participant distributing and manufacturing company in its time started importing and marketing Abu’s many reels in the 1950s, including the world famous Ambassadeur reels.

Garcia was then also marketing another famous brand of reels the Mitchell spinning reel from France and has been doing so since 1947. However, in 1980 the partnership between Abu and Mitchell S.A. of France dwindled and Abu acquired the New Jersey based Garcia Tackle Company and changed the name to Abu Garcia. 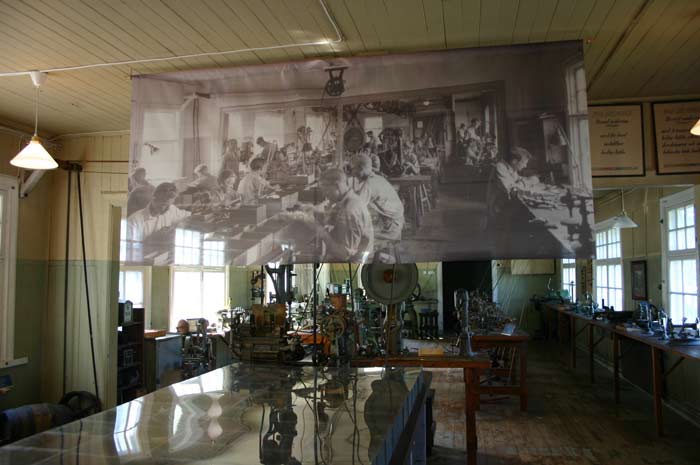 Inside the Abu Garcia Museum.

Abu Garcia introduced a series of reels and other fishing products in the early 1950s many of which are now hunted by collectors such as the Swedish built ABU 444, the company’s first spinning reel introduced in 1955 before the Cardinal series.

In 1957, the company became well known for its invention of the advanced spin cast reel invented for anglers that wanted the best of both worlds; both spinning and baitcasting reel in one called the Abumatic. The Abumatic featured several engineering innovations such as the level-wind mechanisms, under-rod spin cast designs (Abu 500 series) and improved drag for fighting large gamefish. 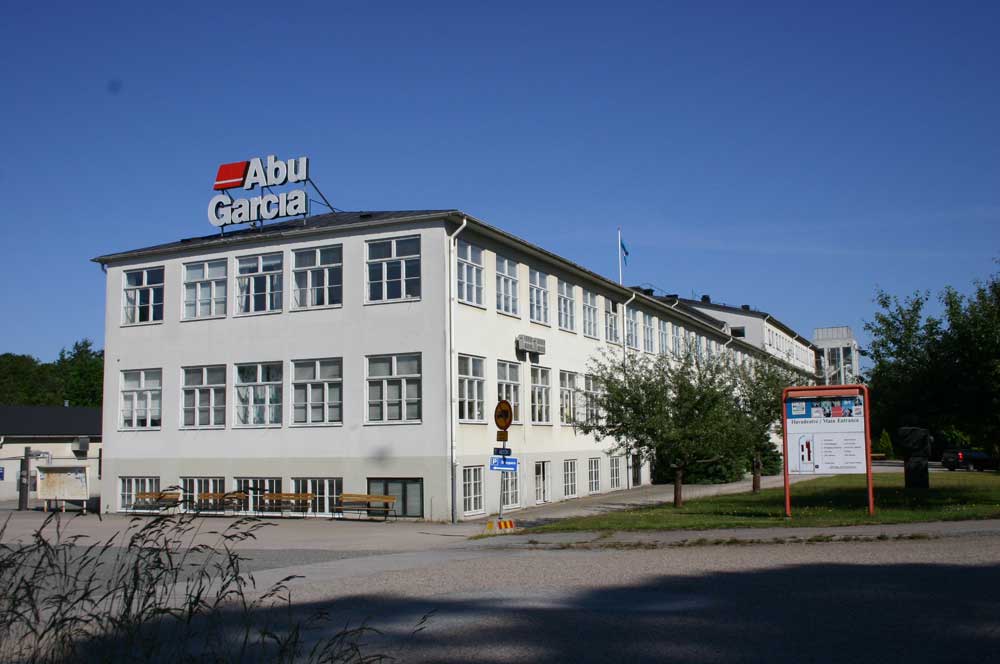 There is also the world famous Ambassadeur series of baitcasting reels, which uses advanced metal alloys, ball-bearing friction interfaces, and precisely-cut gears, was introduced at the New York World’s Fair in 1964, and subsequent Ambassadeur models are still produced by the company till today. 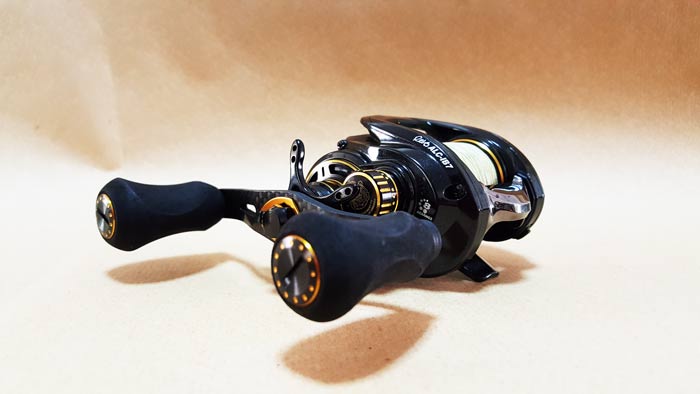 There is more to this fascinating brand than just its history. There are just so many things about Abu that is not known by many like how product testing used to be done (it took years of testing before the product is launched), or how Len (Lennart) Borgström, the son of Göte Borgström brought Abu to Japan via Japanese television. The following touches on some of these unknown facts. 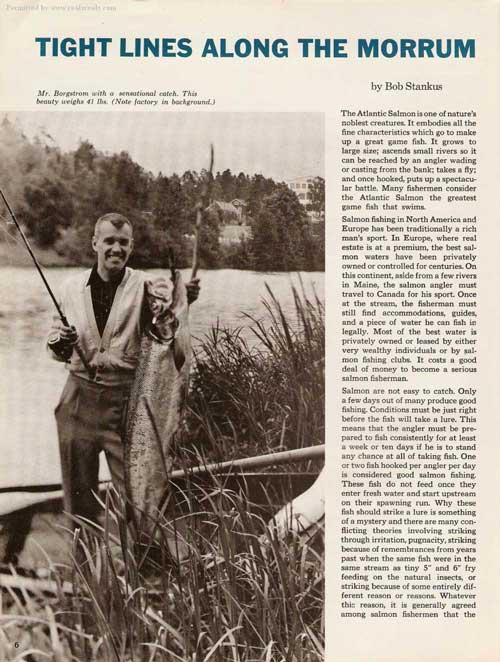 Len Garcia with his fish caught at the Mörrum River.

Abu is not only revered by ordinary anglers but also royalty. Len frequently fished with the royal family such as Prince Bertil of Sweden and he also taught the prospective Queen of Sweden to fish.

Many anglers are familiar with the seal that is seen on many of the products by Abu Garcia. Not known to most however is the meaning behind the seal. Many actually think that the Royal Seal is Abu Garcia’s logo. It is not. This seal is a Royal warrant with the title “Purveyors to the Court of Sweden (Kunglig hovleverantör),” awarded by either His Majesty the King of Sweden or Her Majesty the Queen of Sweden that is normally awarded to a person and seldom to a company. 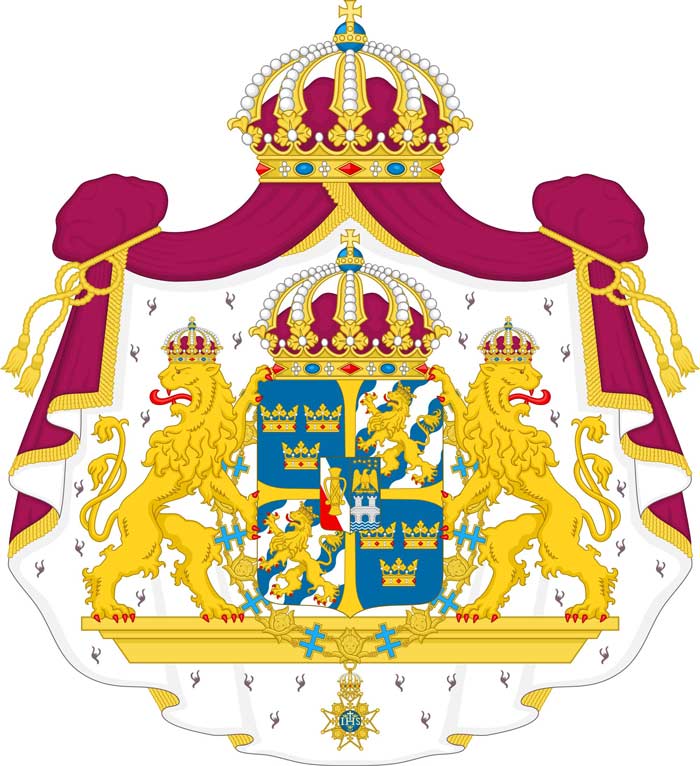 I am sure that you are familiar with the waltz, a kind of music that ballroom dancers dance to. Abu has one too in the English language.

Go out and be free in the country,

And feel the pulse of its wonderful life,

Away from the noise of the city,

From the hustle and bustle and strife.

Then you’ll stand there, your fish in hand,

It may be salmon or simply pike,

But what a beauty you have on land,

Did you dream that you could gaff its like.

With ABU-tackle as reels and spinners,

Then reel in land your fish.

It nearly knocks your out,

If you don’t try to take your chances,

You will not have your wish,

And you will find that such advances,

Hold women as well as the fish.

1949 Åke Murvall is hired as production manager and chief designer and the first spinning reel made by ABU is presented on the market.

1952 A revolutionary casting reel under the name of Ambassadeur is presented.

1954 Lennart Borgström starts at ABU and Göte and Lennart visit USA for the first time.

1955 The Borgströms import the first small mouth bass to Sweden.

1956 Garcia becomes the exclusive ABU distributor for the US.

1957 Abumatic, the first close-face reel made outside the US, is presented.

1959 ABU and Garcia badged  Admiral reels were made by Everol (Italy) for a short time.

1960 ABU 505, a completely new spinning reel without a bail is introduced.

1963 The first Japanese copies of the Ambassadeur show up.

1971 ABU buys the Addo-factory. (The Addo Company used to produce adding machines in that factory before the electronic revolution in that product area).

1974 Göte Borgström dies in May this year. ABU buys the Arjon Company.

1976 The majority of the ABU shares are sold to the Wallenberg Group’s Incentive AB.

1978 Garcia faces chapter 11 and Lennart Borgström moves to the US to try to save ABU’s most important market. At the end of that year ABU becomes the sole owner of Garcia, USA under the name of ABU Garcia, Inc.

1981 Lennart Borgström sells his remaining shares to Incentive and leaves the company to start his own business in the US. 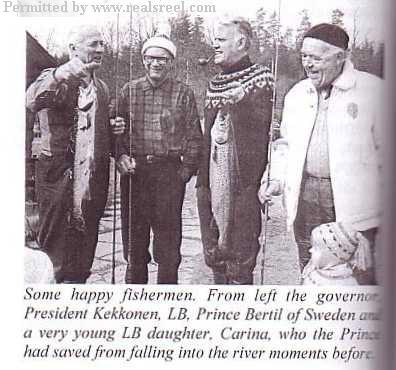 Abu Garcia today is the biggest brand in the fishing world. Abu Garcia has grown from strength to strength under the Pure Fishing Group’s umbrella. Many of Abu Garcia products (reels, rods, and spoons) enjoy cult status with many of them being sort after by collectors and enthusiasts increasing the value of these products the older they get.

Being well known worldwide as an engineering marvel for having strength and reliability, as well as being simple yet built with good engineering; it has often been said that if you were to go fishing at sea, many miles from land and you are only allowed to bring one reel, bring an Abu Garcia reel. This is because Abu Garcia reels are tough and strong, and are easily serviceable even out at sea.