The Clown featherback or better known as Belida by most anglers here in Malaysia, Singapore, and Brunei; has always been one of the more elusive fish species that is quite a challenge to fool, especially on artificial baits. Found in both large dams like Tasik Kenyir in Malaysia, and small urban lakes, they are prized as a fish with succulent meat to make fish balls from and thus, it has been growing increasingly harder to find them in the wild

Although they are mainly nocturnal hunters, they do often still feed in the day and can be often seen actively rolling their bodies on the water’s surface; getting them to eat our lures however is a different matter altogether. Having heard many conflicting reports from different people, some claiming that they are incredibly shy and only taking finesse baits while other boldly boasting of getting them on large crankbaits, my curiosity was piqued and that led me down the rabbit hole trying to figure out what makes the clown-featherback tick.

My first opportunity to understand them presented itself when I met Alip or better known as Rapala Oz. Alip being an experienced guide for the now famous urban spot Lake Heaven located in the heart of Kuala Lumpur, was the first person to help me debunk some of the misunderstandings I had surrounding this species. Over time, with the knowledge from him coupled with some experimentation and many failures in different spots, here are some of the observations I have made that might help you get your first clown featherback. 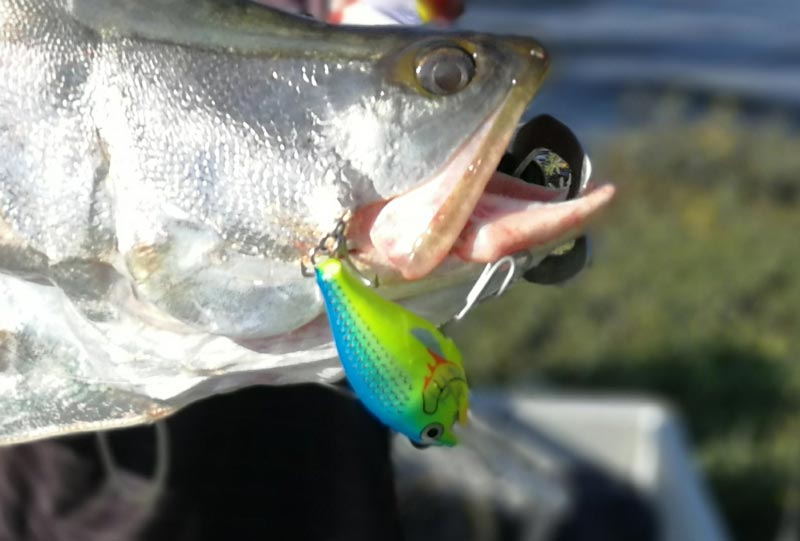 Where are they?- Due to the fact that clown featherback usually hang out in the lower to middle water columns and only occasionally rise to the surface, topwater lures are not usually effective.  Using lures that can be fished slowly and methodically  like crankbaits that dive from 2-4metres to comb the mid water column can be extremely productive while bottom dragging baits like a soft plastic or a vibration lure works as well. Lure with very erratic action usually do not work well, as the clown featherback tend to be lazier and will not chase the lure over large distances. Size of the lure usually does not matter too much, as long as it reaches the water column in which the fish are hanging around at. However with that being said, lures around the 5-7cm mark do produce the most fish for me.

Like with most fish, the colour preferred is usually based on the water conditions. Brighter colours work well in stained water due to it being more visible while more natural colours work better in clear water where the fish might be turned off by the overtly vibrant colouration. Constant experimentation is the only way to determine what works best for the spot. 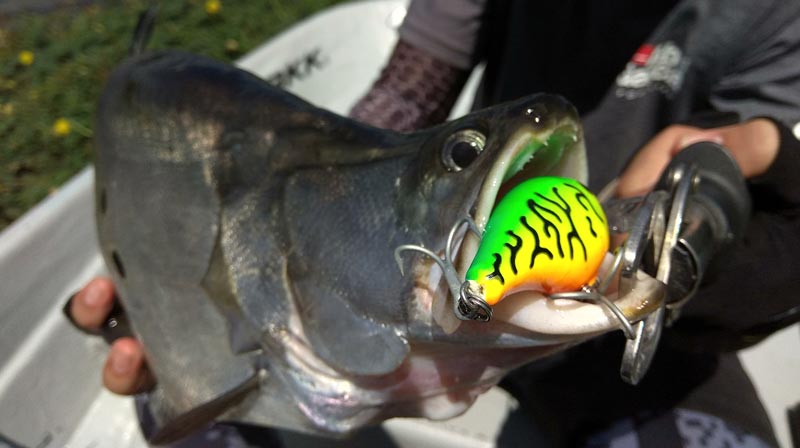 Initially due to the small mouth and rather frail looking body of a clown featherback, I had always thought that they would prefer smaller baits. However, during one of my first few trips to Lake Heaven, Alip suggested that we use crankbaits like the Rapala Risto Rap 5 or the Fat Rap 5 which although are only 5cm long, have long lips to dive deep and have a rather bulky profile. Being rather sceptical but still trusting his advice, using those few crankbaits did not fail me over the next few trips compared to the usual finesse crankbaits that I swear by like the Duel Sp50 shad.

The reasoning behind why normal size baits out-perform finesse baits in most lakes are these:

Since clown featherback spend the majority of their time in the lower columns, my finesse baits were simply not diving deep enough to reach the strike zone. Even if they might have similar stated diving depths with other normal sized crankbaits, finesse cranks are a lot lighter, and thus cannot be thrown as far as regular cranks. This would mean that by the time the finesse crank had reached the desired depth, it would be already quite close to the boat, and would not be effectively covering the stretch of water I had been fishing. Larger crankbaits on the other hand can be cast a lot further, and thus have enough time to reach desired depths allowing the crankbait to remain in the strike zone for a  greater duration of the cast compared to a finesse lure, enabling it to properly comb through the spot.

When fishing lakes and dams that are both deep and big, it is difficult to put your lure right in front of the fish’s face. A bulkier lure would be visible  from further away, and thus fish in the area would be able to see it better compared to a smaller finesse bait, increasing the chance for a strike exponentially. clown featherback  are quite a lazy and opportunistic species, and it would make sense for them to also prefer a big meal compared to wasting energy to hunt down a smaller snack.

However there is an exception to every rule, and finesse baits might outperform regular sized baits in shallower ponds or when the baitfish found in the lake is small and thus the need to size down a lure to match the hatch.

Setup to battle the beast

Clown featherback  are very acrobatic fish when hooked and coupled with very thin lips that tear easily, it makes for many broken hearts and shattered dreams. This makes choosing the right rod to duel with the clown featherback a very important aspect of the setup. As the clown featherback does not fight hard, using  a light 4-10lbs to a medium light 8-17lbs rod is more than sufficient to subdue a fish.

A softer rod would absorb more of the force from their sudden short burst of speed and prevent the hooks from tearing the clown featherback’s lips. Using a rod with a softer tip would also enable the detection of the many subtle bites or ‘knocks’ from the clown featherback, increasing your chances for a solid hookup.

Since most of the lures used are fished extremely slowly, any reel can get the job done, but a lower speed reel like a 5.1:1 or a 6.3:1 reel definitely has an advantage as it would be less tiring to use when cranking crankbaits. The only main criteria is that the reel must have a smooth drag to prevent the clown featherback’s lips from tearing. As mentioned above, the clown featherback does not fight hard and thus using light mainline from 4 to 15lbs is ideal to have better sensitivity and be able to get the lure out further. However a thicker leader around 20lbs is needed as the clown featherback do have quite sharp teeth which can easily slice through thinner leaders.

Keeping the clown featherback from jumping during the fight is essential to landing it. Contrary to the usual style of pumping the fish to the surface as fast as possible, it is best to just give a light hook set followed by the steady cranking of the fish back to the boat with the rod tip pointed downwards or even sticking it into the water. This is to prevent dragging the fish to the surface and giving it an opportunity to jump and drop the hook as well as preventing the lips from tearing through the use of excessive brute force when pumping the fish. As long as constant pressure is applied the fish should stay pinned all the way to the boat.

All of these clown featherbacks were caught on lures. 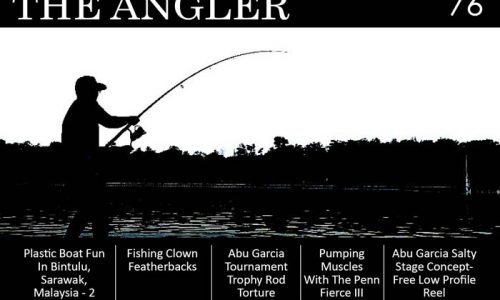