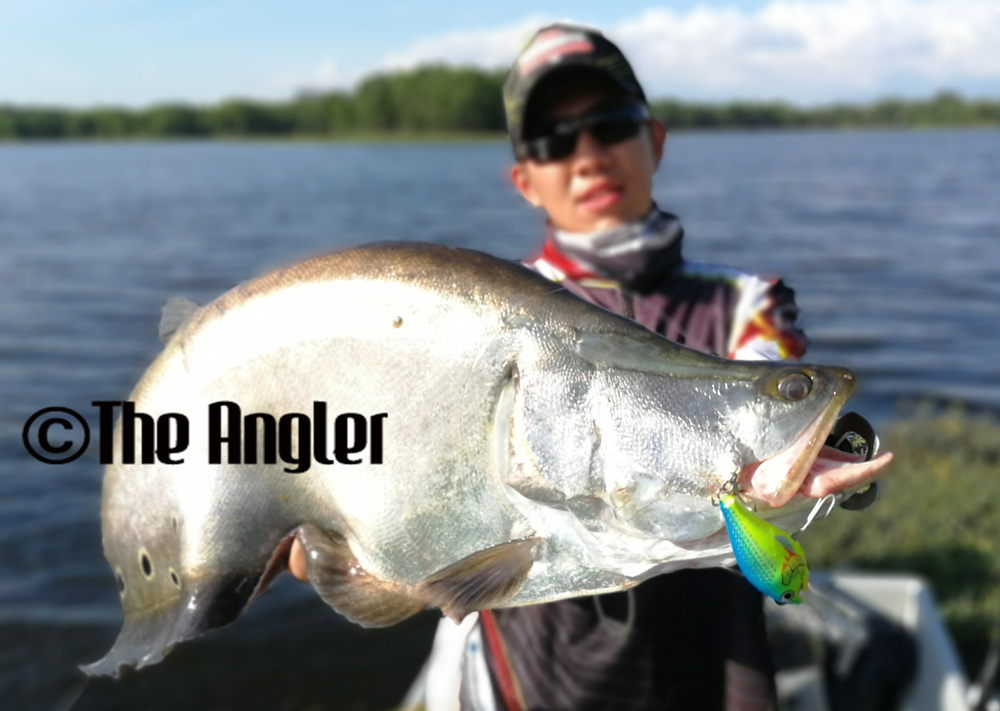 In the last issue we discussed touched on the habits of the clown featherback as well as some of the lures and fishing tackle that are recommended for fishing them. In this part (part 2) we will go into fishing for them. If you have not read part 1, click the tab below to read. 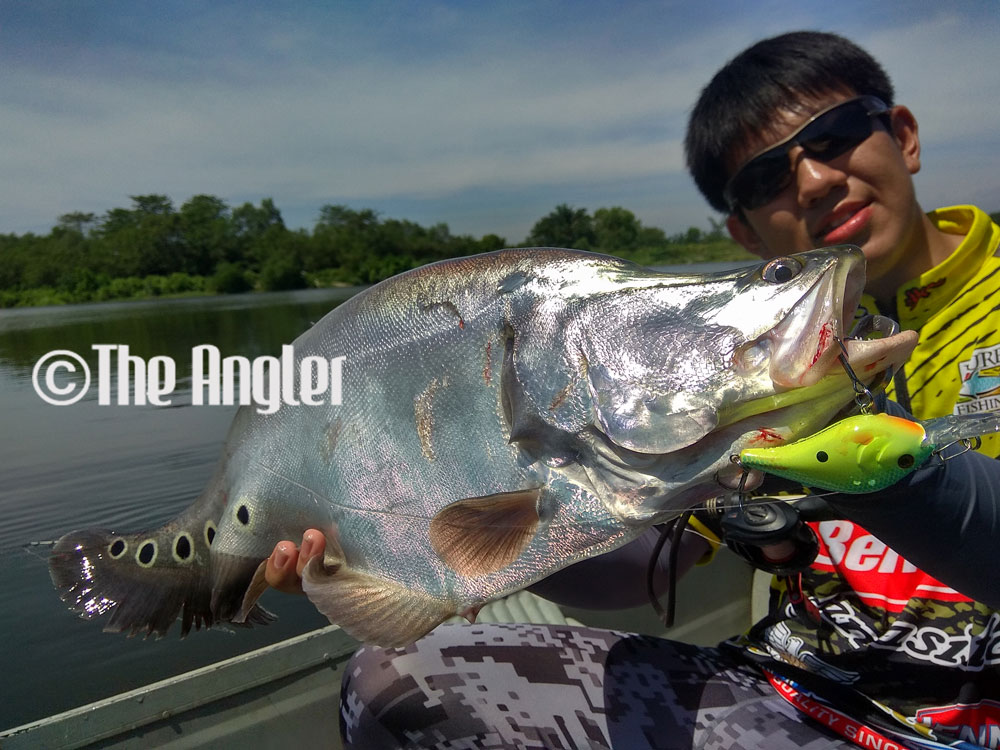 Clown Featherbacks are fun to fish.

Clown featherbacks tend to move around the lake, and pint pointing their location from their previous whereabouts alone does not usually work. Although they do gather in certain areas frequently, there is no guarantee that they will be in the same spot. The only sure method is to look out for their tell-tale rises (a fast body roll, showing a brief flash of silver white, crested by a black fin).

Over my past few trips, I have found that clown featherback do tend to stick to deeper water or around the edge of drop-offs as well as the stretches of open water in weed infested ponds. Where they are positioned in the water column also varies, and the only way to know is by throwing a myriad of lures at them. Usually I would start of with a medium diving crankbait like the Berkley Dredger 10.5 or a smaller Rapala Rap 5 to see if they are actively feeding in the midwater column followed by slowly dragging vibration lures on the bottom if they are lethargic and clinging to the bottom. 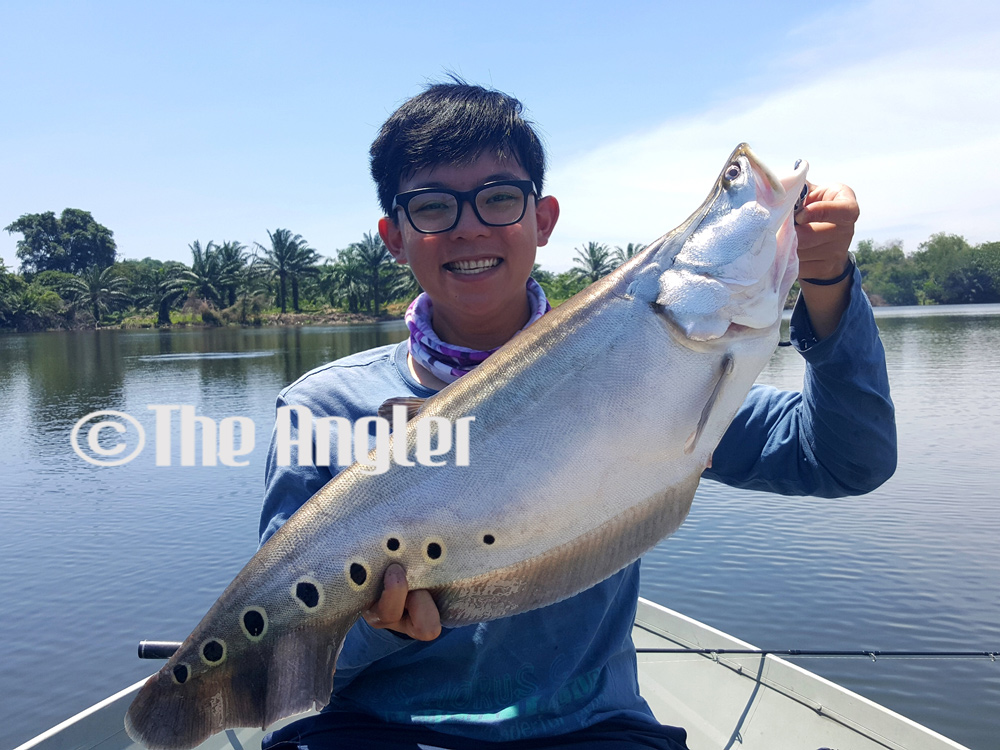 These featherbacks can be fished day or night.

Once a few rises has been seen in the spot, parking the boat and making target specific cast to the general area the fish were seen rising often does pay-off. However, sight-casting can also work well, especially if the fish are not tightly congregated together, making it hard to target a general area. It is of upmost importance that the lure must be presented as slowly as possible, just gently rolling the lures pass their faces is what usually gets a strike. As an angler who prefers power fishing, there is a necessity to constantly remind myself to fish slower, however boring it might be. 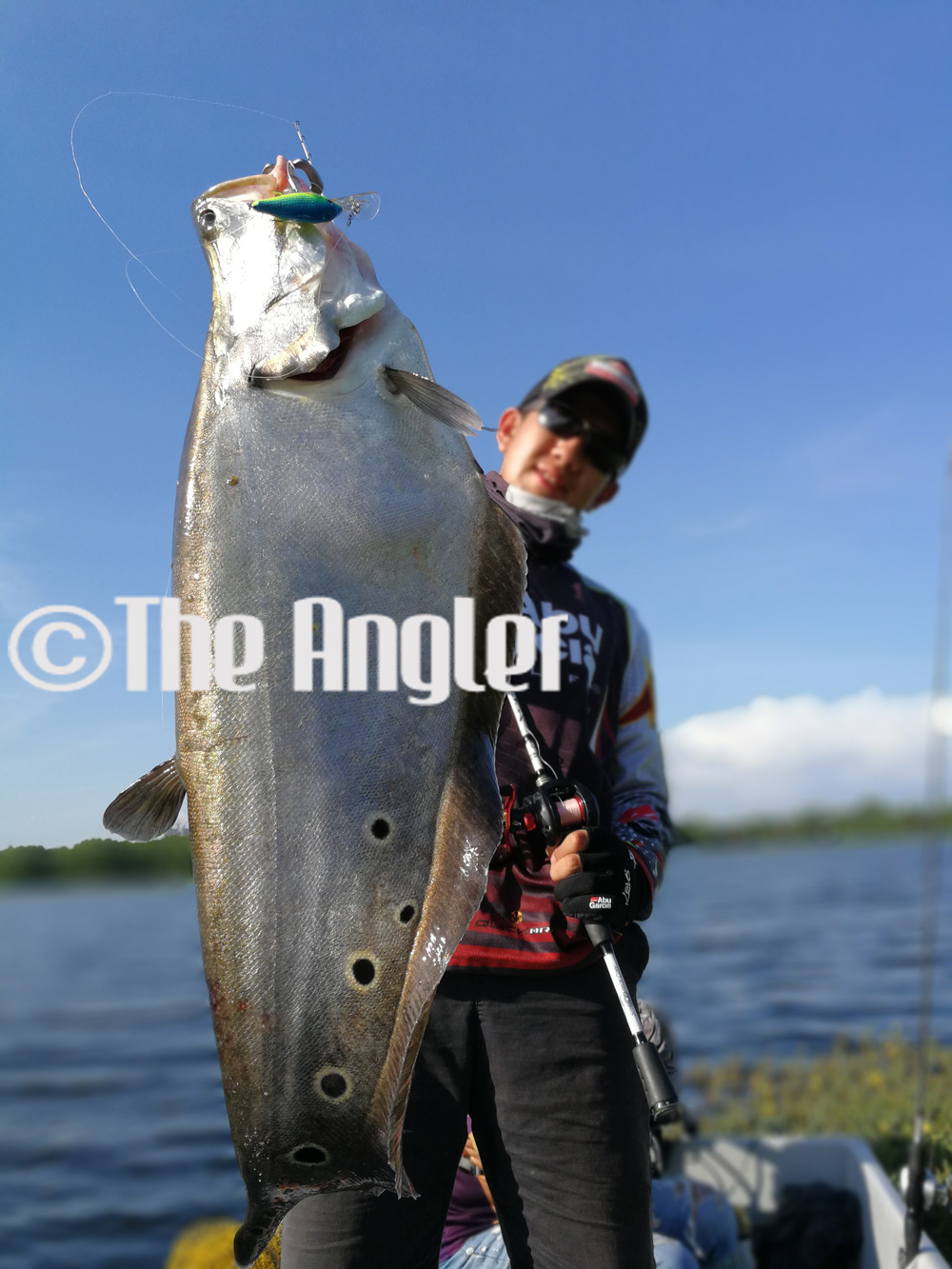 Although traditionally thought that the best time to get a clown featherback to bite are during the wee hours of dawn or in the dying light of the sun, most of my bites have come between the 10-12 am mark in the morning. As soon as the water heats up, they seem to be more active and tend to rise or “boil” more often, making it easier to target and cast at. However they are not exactly picky eaters and strikes can be gotten throughout the day, irrespective of the heat.

While smaller clown featherbacks are usually found in groups, bigger clown featherback are usually loners. That presents a dilemma for us anglers. Should we just stop to cast for one fish? In my opinion it is quite pointless to do so, as the rises are few and far between, making it hard to determine the general area in which the fish is located, and casting blindly would be then both a waste of time and energy.

The same also applies to times when the clown featherbacks are not actively rising or are not congregated in area. In such times, trolling crankbaits are the best bet, as it can cover water both fast and efficiently, without the need for us to make cast after cast under the hot sun. The past trips in Lake Heaven using an outboard engine to troll has shown that clown featherback are not that skittish/ afraid of the loud noise that the engine makes, and will still grab the lures that are dragged past their faces.

Another advantage of trolling is that this method also produces a higher percentage of bigger fish compared to casting, due to the fact that larger clown featherback are not found in groups that we would usually aim and cast at. 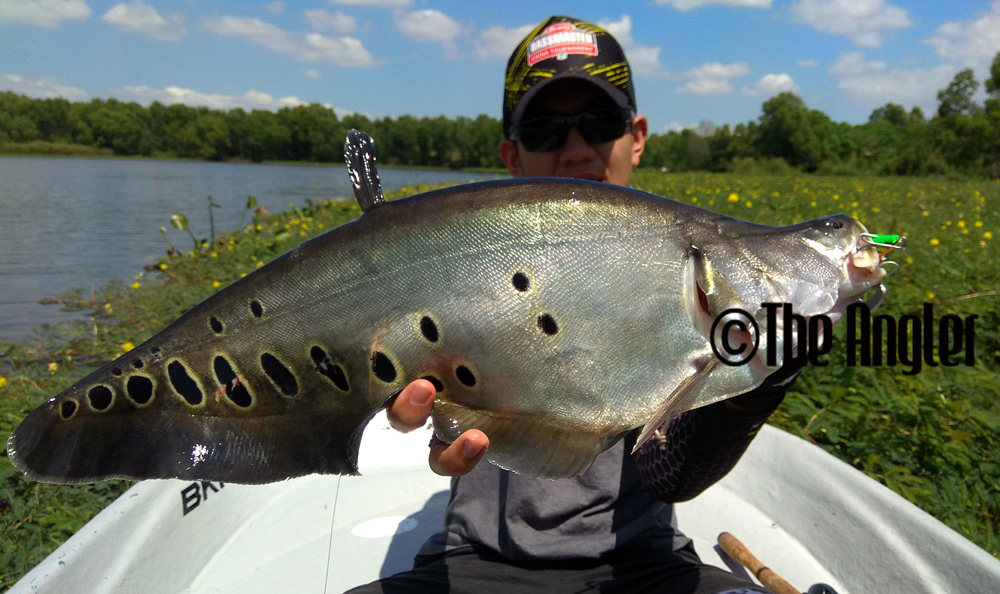 These featherbacks can be caught using lures.

The reputation of the clown featherback being a shy and hard fish to get on lures in my opinion is  undeserved. Having the right conditions as well as the cooperation if the fish can easily make it one of the easiest fish to get, especially when the heat of the day turns off the bite for other fishes like toman or peacock bass.

What works for me in the spots I patron may not work where you fish, only through constant experimentation and many failures can we then uncover the code to the spot.  No doubt fishing for clown featherback is a super slow game, but with enough patience and a dash of luck, there is no doubt that a strike will eventually happen. 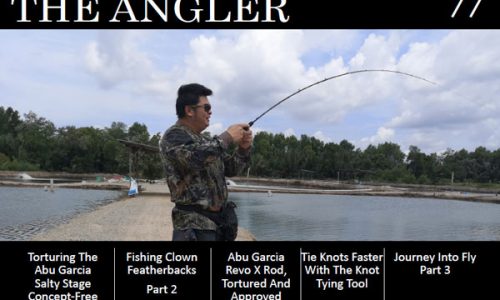