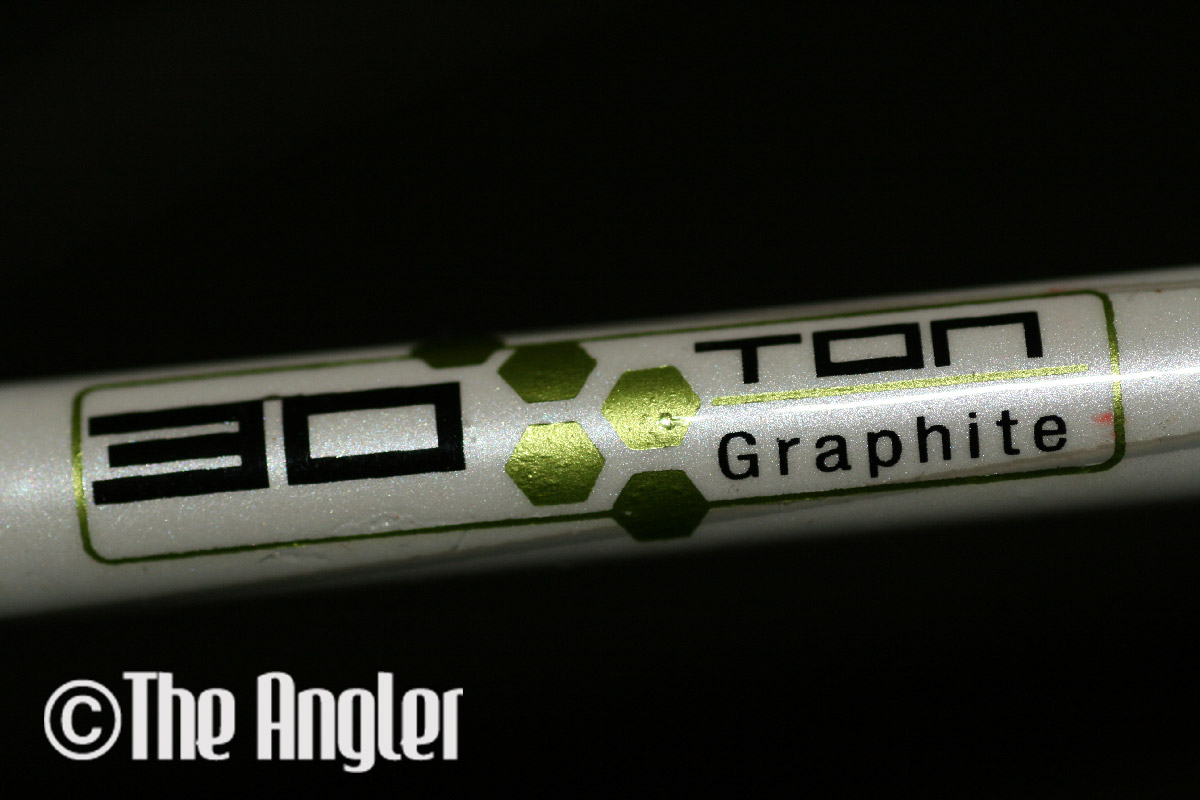 My fishing rod comes with a 24 ton graphite blank. Blimey! That is freaking heavy. Are you fishing with a crane? I bet you that none of your fishing rods even with reel on will weigh anywhere close to a ton let alone 24 tons. Anyway, isn’t lighter better? A lighter rod that does not even weigh close to 300g will be ideal. The lighter the better.

So, what the heck is with all this tonnage nonsense then? To those not in the know this can be one heck of a confusing term. To those in the know it can be really fun confusing those who are not in the know. Ok, I am guilty of this too. Anyway, the term ton is used by rod makers to classify rods or rather blanks. Example of rod tonnage include 24 tons, 36 tons, 40 tons, so on and so forth. So what exactly does this tell you? 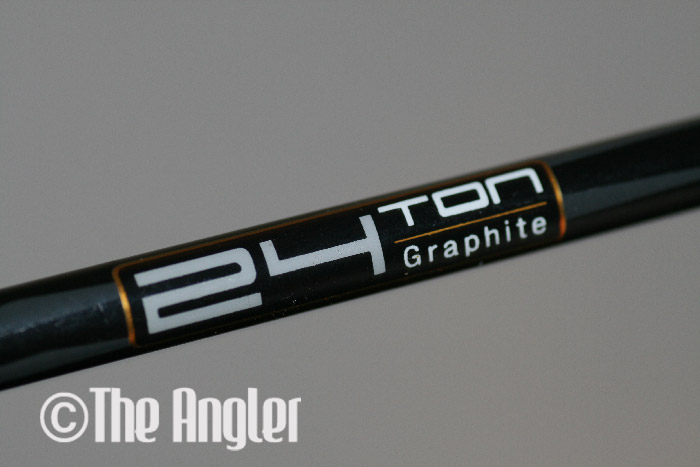 Let’s not get too bogged down with the science and engineering parts of rod building for now. For now, let us just understand that the term ton(s) is used to classify different blank ratings. This rating is specifically given to carbon graphite rod blanks. It is not an industry standard but as more fishing rod brands apply this term on their rods it has since become so.

To get a better understanding perhaps it will be best to understand the construction of rod blanks.

Graphite or carbon graphite fishing rod blanks may look like simple cylindrical tubes. They are cylindrical tubes but they most certainly are not simple. Graphite rod blanks are made up of carbon, resin, glass fibres, other fibres, and wrapping (various materials but mostly tape). It is a combination of all these materials. Let us go deeper. 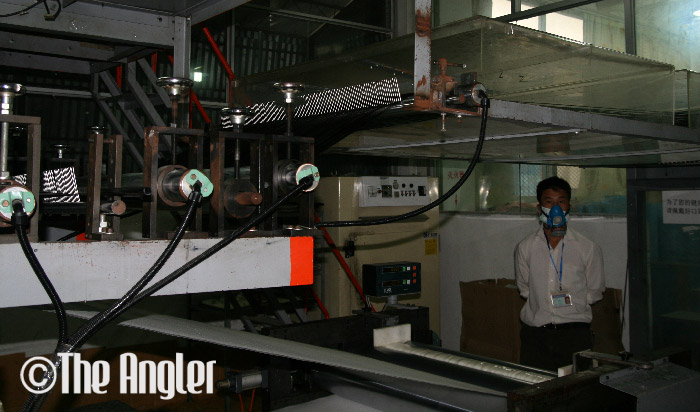 A machine that is part of the graphite sheet manufacturing process.

Carbon is a material that is rigid yet fragile and doesn’t have elasticity. A good example will be the lead of a pencil. The lead is rigid and doesn’t bend much. Should you try to bend one, it will easily reach its breaking point and break. Carbon alone will make a pretty darn screwed up rod although it is lightweight.

To give carbon elasticity glass fibres are used. Resin is used to fuse them together with a certain amount of heat and then they are machined pressed into graphite sheets. This is where confusion is born. Some say that the tonnage equals the pressure placed on the graphite when rolling them into sheets which means 24 ton graphite is rolled using 24 tons of pressure. That’s not 100% correct. 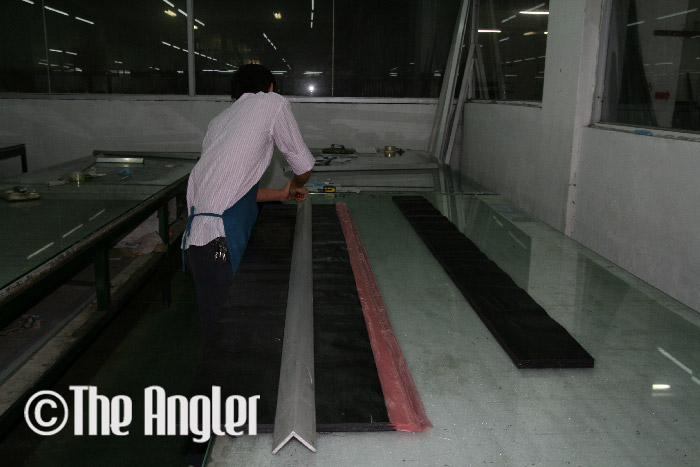 A staff cutting graphite sheets into shape before the rolling process.

Let’s move on. To create the blank; depending on the desired length, the graphite sheet is cut off from the main roll. It is further cut into somewhat triangular pieces with one wide section tapering down towards the other. Hence why we get a thinner tip and a thicker butt section. The thinner point of the somewhat triangular sheet makes the tip while the other end makes the butt.

Before rolling these graphite sheets into cylindrical blanks, a layer of resin is added. It is like sticking two pieces of paper with glue; to give you a better picture. A mandrel is used as a mould of which the graphite sheet is rolled around. Just like using glue to stick two pieces of paper and rolling the paper with a pencil to create a cylinder. The higher the pressure used, the tighter the glued section will be until it reaches a maximum limit. The tighter the better. 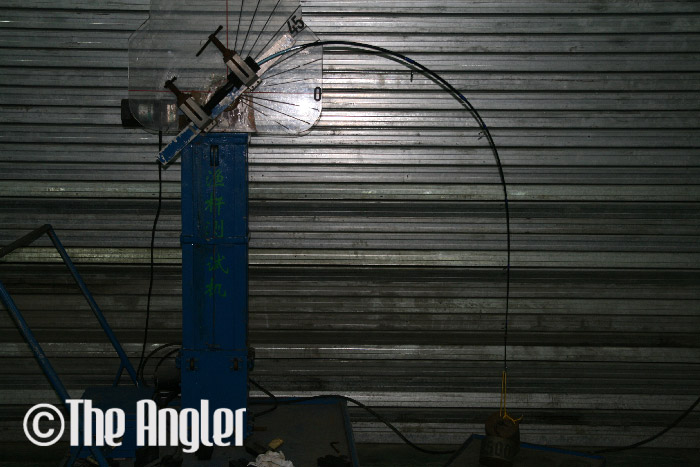 With glass fibres added to the graphite, the blank becomes more flexible.

What Does Ton Signify?

Okay, let’s get straight to the point. Tonnage is used to differentiate the characteristics of various graphite sheets (not the rod per say). As mentioned earlier, carbon is rigid and fragile. It doesn’t flex enough to make it useable as the sole material for a rod. However, carbon is very light. Most anglers will prefer a lighter rod; do you agree?

Fishing rods need to be flexible too and we also want them lightweight with sensitivity levels so high that we can feel the fishes heart beat when they are nearby. This is why there is a reduction of anglers using fibreglass rods and taking up graphite rods instead. So to make a rod light, sensitive, and with the ability to bend, glass fibres are added to the graphite sheet.

To control the characteristics of the graphite sheets (level of flexibility, lightness, sensitivity, etc.); the graphite sheet manufacturers control the ratio between the amounts of carbon used and the amounts of glass fibres used (in general) trying to keep within a certain set cost and also certain set characteristics of the rod of which includes the backbone, tip action, etc.

Graphite sheets rated at 24 ton will have its content of glass fibres increased while its carbon decreased thus making is more flexible but at the expense of weight. 40 ton graphite on the other hand will have a decrease in glass fibres and increase in carbon making it rigid, less flexible, but lighter.

Using more carbon and lesser glass fibres poses another problem to the graphite and that is brittleness. Carbon is brittle. Anyone who tells you that carbon is not brittle and can bend into a U is certainly someone you will want to run as far away from as possible. This makes 40 ton graphite rods more fragile. So you have lots of power, a very much lighter rod, a heck of a lot more sensitive rod; but it would break easily if handled like a wrestler doing a pile driver. It also costs a lot more.

To strengthen 40 ton rod blanks, rod manufacturers add wraps and other things to it such as nano coating, food fibres, certain specialised veils (Aramid Veils for example), boron, etc. Some also use cross scrim graphite designed wraps. These help strengthen blanks but one will still have to take extra care as there definitely are limits that one should not cross.

Without glass fibres we will not be able to have our rods bend. A rod bending does not mean weakness as well. The backbone of the blank is super important.

What Do These Mean To You?

As an angler, understanding this bit here will helps you a lot. When you see tonnage printed on rods, take it as the amount of flexibility, sensitivity, and other characteristics of the rod. Note that the higher the ton rating the more sensitive, lighter, and expensive the rod. But it is also more fragile. If you are one that go all out Bruce Banner (Incredible Hulk) and enjoys bending rods into a “U” when fighting a fish; a 40 ton blank may not be the best blank for you. A lower tonnage will be better.

You can use the information or simple guide below to help you decide on your purchase. But do test them out as well. Also note that not everything that is written on a rod, represents the rod truly or truthfully. There are rods that are rated higher than they really are just so that prices can be pushed up.

What are the characteristics of a 24 ton blank?

If you are looking for a rod with a lot more bend (flex), with good backbone power, and you don’t give two hoots about sensitivity, yet you want a rod that is lighter than fibreglass rods; a 24 ton rod will be the range to look at. 24 ton rods are superb for bottom fishing where you sit back relax and just wait for the reel to scream. They are great all around rods for general fishing in almost all segments.

24 ton rated rods are also a lot more forgiving. This means that they can handle good amounts of bend before breaking. They do have their limits no doubt but their breaking limits are further. They will most certainly not bend to a “U.” Why on earth would anyone want a rod that would bend to a “U”? Oh yes, that is due to a lack of misunderstanding or they just enjoy being tortured by fish.

What are the characteristics of a 30 ton blank?

One step up of which will give you moderate stiffness with lesser bend would be the 36 ton rods. These rods still gives you a good amounts of bend but not as much as the 24 ton rods do. They are lighter and offer better sensitivity. They have a backbone power that will kick in earlier than that in a 24 ton rod. They’re great for artificial bait or lure casting especially soft baits. 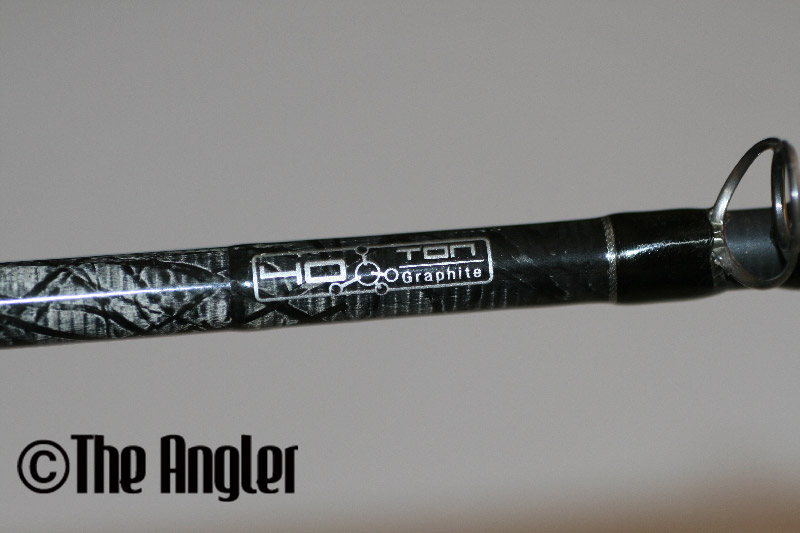 What are the characteristics of a 40 ton blank?

40 ton rods are a lot stiffer and more rigid giving you low amounts of bend. The tip has really good recoil. They are lightweight, really sensitive, and comes packed with power. Great for lure casting (hard lures) especially since you will want a rod tip that is not too floppy. A floppy rod tip that is too soft or bouncy is less accurate when it comes to casting. A 40 ton rod offers better casting accuracy.

The down side is that a rod with a 40 ton blank requires more care. It is like owning a Ferrari. It will require extra car both in handling and in maintenance. Bend it over a certain angle over a certain pressure and it will snap. As a general rule; keep your rod below a 45 degree angle when fighting a fish. The higher you bring up the rod, the higher the chance of it snapping.

Do understand that what I have written here is based on a generalization and does not taking into consideration manufacturer’s “miss-claims,” of which is a gentler way of saying bullshit, and other properties such as blank wall thickness, etc. Do test out the rods that you intend to purchase at tackle shops before making a decision. An experience tackle shop owner or assistant will be able to help you do so safely.

Another thing to understand is that weight is influence by how well a rod is balanced. A lighter rod will feel heavier if its balance is way off. A heavier rod will feel much lighter if it is balanced well. This article is a good guideline to keep in mind when shopping for a new fishing rod, but do exercise your own judgement when choosing your next fishing rod. 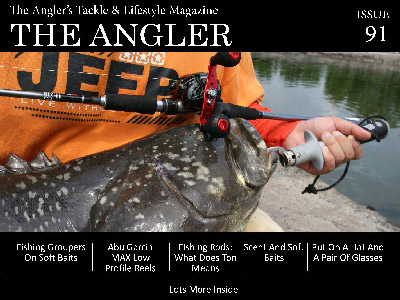